Spring-like autumn weather on the summer Mediterranean coast in Spain! 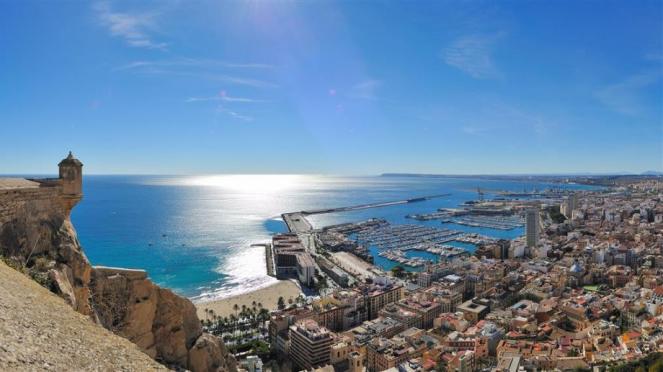 The title of this article says it all because even though it is autumn, the regions on the Spanish Mediterranean coast have to deal with spring-like temperatures and a summer sun. The temperatures have risen to more than 25 degrees in the regions of Valencia, Murcia, Andalusia and the Balearic Islands, so it is not strange to see sunbathers on the beaches and the shorts can be taken out of the closet again.

According to the Spanish weather service Aemet, the highest temperature was measured last Wednesday on the Canary Island of La Gomera in Vallehermoso by 26.3 degrees while the mercury rose to 25.3 degrees in Águilas (Murcia) and 25.2 degrees in Mazarron (Murcia) ). On Lanzarote it became 25.1 degrees at the airport and 24.8 degrees in La Aldea de San Nicolás on Gran Canaria. A temperature of 24.7 degrees was measured in Javea (Alicante) and 24.5 degrees in Rincón de la Victoria (Málaga).

In Águilas the temperature rose to 25.3 degrees followed by Mazarron with 25.2 degrees, Torre-Pacheco with 24 degrees, Alhama de Murcia with 23.6 degrees and Murcia city with 23.5 degrees.

On Menorca, the highest temperature of 19.9 degrees was measured at the airport of the island. In Mallorca, the mercury rose to 23.5 degrees in Capdepera and became 21.1 degrees in Formentera and 23.2 degrees in Eivissa on the island of Ibiza.

The day before on Tuesday it became 27.1 degrees at the airport of Lanzarote, 25.9 degrees in Vallehermoso (La Gomera), 25 degrees in Málaga city, 24.8 degrees in Coín (Málaga) and in Vélez-Málaga (Málaga ).