This is how they celebrate New Year's Eve and New Year's Day in Spain! 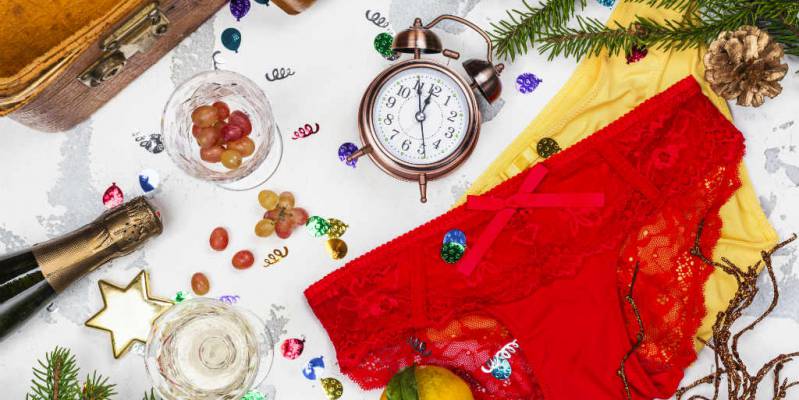 Each culture has different customs and of course the Spanish culture is full of customs and traditions, also with the New Year's Eve and the New Year celebration. In another article the story about the twelve grapes can already be read, but the Spanish traditions with New Year's Eve and New Year's Day go further than the grapes. Here is a description of what you can expect when you are on vacation or living in Spain.

It is often customary, just like in the Netherlands and Belgium, to come together with friends or family to celebrate New Year's Eve. In that case, cozy meals usually take place at home or in a restaurant, after which there is a party and dancing. When people celebrate old and new with a meal at home, they almost always have the television on which shows special programs with dance, music and theater. At noon a live report of the celebration will be broadcast from the Puerta del Sol, in the center of Madrid.

Thousands of people gather on Puerta del Sol square, often dressed or decorated with festive items such as caps, scrolls, trumpets and masks to celebrate the New Year. It is a tradition that the globe hanging above the clock of the Madrid town hall comes down, followed by some tones and then the real twelve bells. That party is called the "las 12 campanadas".

If you are celebrating old in a new home or somewhere in a bar, restaurant or hotel, it is very common to enjoy a special (extra expensive) banquet where you also dance to live music. They also receive a party package, the so-called "cotillón" containing confetti, garlands, hats, whistles, trumpets, etc. These cotillons can also be purchased at supermarkets (and Chinese) so that you can take them home. Incidentally, Spaniards actually have two New Year's Eve celebrations, that of the mainland and that in the Canary Islands that are celebrated an hour later. This New Year's Eve celebration is also usually broadcast on television, often from Maspalomas in Gran Canaria.

On the last evening of the year, New Year's Eve, the whole of Spain celebrates a tradition: everyone eats twelve grapes, one after the other and one grape with every stroke of the clock at midnight. This is the Spanish way to celebrate the arrival of the new year. Moreover, those who can eat their grapes on time can expect a year full of prosperity and happiness, at least that's what tradition says.

Along with eating twelve grapes, the Spanish Cava is enjoyed to wash away the grapes. By the way, there are more traditions that guarantee a happy and prosperous year such as wearing red underwear, putting money in your shoes and carrying suitcases so that you know for sure that you will go on holiday the coming year.

It is not customary in Spain to light fireworks to celebrate the new year. Although it is increasingly being done in recent years, it is not the normal course of events for the Spaniards. That is strange, by the way, because almost every party in the country involves a firework show called "fuegos artificiales" or "castillo de fuegos artificiales".

And then, after New Year's Eve?

New Year's Eve is over and the new year has begun. However, the festivities for the Spaniards do not stop there. On New Year's Day, it is very common for Spanish families to come together to eat the first meal of the year together. In addition, we have of course the Three Kings Party with gifts and parades for the children, the special Three Kings lottery for the parents and for the bargain hunters the winter discounts. A short description:

On January 1, just like in the Netherlands, a New Year's Dive is being organized in many places. The idea is to dive into the sea to start the new year with happiness. Now the sea can be more pleasant in many places in Spain than in the North Sea, so that is fine, especially if you are in the Canary Islands at the start of the year. The Spanish New Year's Dive is held in many places along the Mediterranean coast such as on the Costa Brava, Barcelona, Costa Dorada, Costa Blanca and Costa del Sol but also on the Atlantic Ocean and on the Balearic Islands.

Día de Reyes is still celebrated in Spain with large parades on 5 January and the day of the gifts on 6 January. On January 5 it is tradition to go to one of the big parades, called "Cabalgata de los Reyes". During these colorful parades, it is not uncommon to see animals such as camels in addition to dressed-up participants, particularly during large parades in large cities such as Madrid and Barcelona. Of course, the Three Kings Melchior, Gaspar and Baltasar are also present who each throw loads of candy at the children on their own float (sometimes with open umbrellas catching the candy and quickly hiding it in plastic bags).

In some places the Driekonigen first arrive with a boat, after which the procession begins and often ends with a firework display. It is tradition that children say goodbye to the Epiphany and hand over their wish lists. The most famous cabalgata in Spain takes place every year in Alcoi, Alicante province.

After all this beauty on January 5 it is finally time on January 6 for the gifts that are given to the children. Well, given. In the morning the children rush to the Christmas tree under which the presents are located, with a bit of luck the presents that were on the wish lists. At that moment there is no more control and the packages are torn loose and only happy faces are seen.

Immediately afterwards it is very common to see children on the street trying out their new bikes, scooters, remote controlled cars, playing football, etc. under the watchful eye of the parents. On that day it is also a tradition to see the waste next to the waste containers, and often unfortunately not in the waste containers.

With the Epiphany festivities it is also normal to enjoy a Roscón de Reyes, a round cake often filled with whipped cream and two hidden gifts in it. The first gift is a figure where, if you find it in your piece of cake, you will be king / queen on that day. However, if you find the other gift in your piece of cake, then you are sentenced to buy the Roscón de Reyes next year.

Only two weeks ago the “el gordo" lottery was celebrated in Spain on December 22, also known as the big, fat Christmas lottery. With Epiphany once again you have the chance to win the lottery. The "el niño" or the small lottery will take place on January 6. Even though the prize pool in this lottery is less than in the Christmas lottery, more than 630 million euros in prizes are still being given away. A nice start to the new year.

Now that Christmas is over after January 6, the festivities are over and over. For many, however, the party only starts with the traditional winter discounts the day after Three Kings. Traditionally, on January 7 there are rows of people at the doors of the El Corte Inglés department stores or other stores where everyone wants to get in as quickly as possible to be the first to buy clothes, shoes etc. at prices that are up to 70% lower to be. However, these winter discounts last until the end of March in some parts of the country so there is plenty of time for shopping. 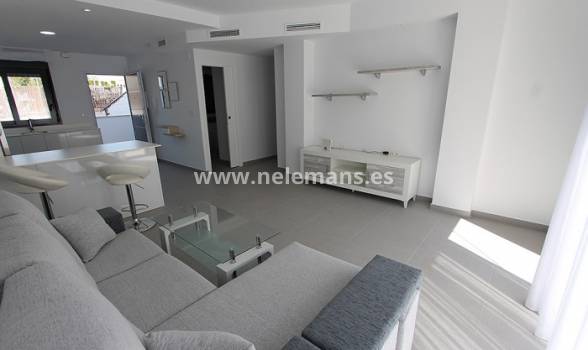 Dear customer,
Many thanks for your enquiry on our website. One of our representatives will get in touch with you as soon as possible.

In the meantime, please have a look at this selection of similar properties, that might be of interest to you:

In the meantime, please have a look at this selection of similar properties, that might be of interest to you: