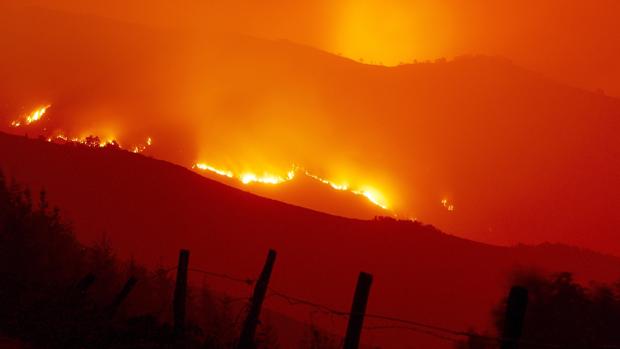 At this time of the morning none of the outbreaks requires the statement of situation two.

The first part on the situation of the fires sent Tuesday by the Department of Rural Environment confirms the deactivation of the situation two in all the fires that in the last days have represented a real risk for the lives and property of the people. None of the 53 fires being monitored in the Community at this time threatens populations. 23 outbreaks are still out of control, including the initiate in the night from Saturday to Sunday in the parish of Padróns (Ponteareas), which eventually spread to the neighboring municipalities of Pazos de Borbén, Redondela and Soutomaior, affecting in a few hours more than 1,500 hectares.

Three fires also continue in the municipality of Cervantes, one of the municipalities most hit by the flames. An important part of the 23 active fires is located in the province of Orense, with outbreaks in A Gudiña, Baños de Molgas, Lobios, Vilar de Barrio, Melón, Maceda, Esgos, Montederramo or Chandrexa de Queixa.

The appearance of rain and falling temperatures will reduce on Tuesday the risk of fires in the Peninsula that will be concentrated in the eastern half of the country and continues in Galicia, although at a moderate level, according to the prediction of the State Meteorological Agency (Aemet).